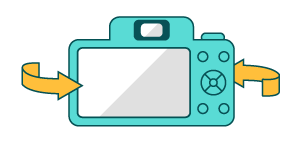 Self-documentation. Self-expression. Self-obsession. Whatever you think of today’s increasingly common self-photos, “selfie” captures it all. From their humble beginnings as high-angle snapshots posted on MySpace – often taken in their subjects’ bathrooms – selfies have grown into a viral phenomenon that’s sweeping the web. These simple self-photos flourish at the nexus of popular high-quality camera phones, easy-to-use photo editing apps for smartphones and ubiquitous mobile social media such as Facebook, Twitter and Instagram. Together, all of these technologies have provided fertile ground for the web’s latest self-indulgence: taking the perfect picture of your face, for your friends, fans, and followers. 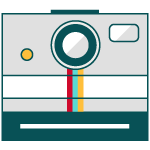 Over 1 Billion Likes Per Day

In 2013, the selfie has practically become a medium all its own. With hundreds of millions of users sharing their photos on Twitter and Instagram, tips and tricks abound for creating a quality self-shot. And with the unexpected rise of selfies, people have begun to study the social impact and motivations behind sharing whole albums of nothing but self-photos. Today, the selfie is an unavoidable fixture of social networking. At the gym, in the car, at a baseball game – or, yes, in the bathroom mirror – selfies have become universal. With the continuing spread of smartphones and the availability of more photo sharing and editing apps, their popularity isn’t likely to recede any time soon. 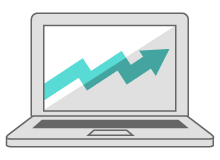 While self-taken photographs have a long history online, this new word to describe them – “selfie” – hadn’t emerged into mainstream usage until relatively recently. As illustrated by trends in web users’ Google searches, selfies as a phenomenon didn’t even exist before late 2012. Social networks and camera phones had already been around for quite some time, but this marked the tipping point when the idea of selfies finally took off. And as of August 2013, selfies are more popular than ever.

The social photo site Instagram, which seamlessly shares users’ pictures on their Twitter and Facebook profiles, has become the epicenter of the selfie revolution. Its smartphone app, with extensive photo editing features, allows users to tweak the color and contrast of their pictures and add an artful flair.

The top 10 selfie-related hashtags used on Instagram include #selfie, #selfiemonday, #selfiesaturday, and #selfiesunday – for Instagram users, every day is a good day for a selfie. Altogether, these 10 hashtags include more than 41 million photos, with #selfie alone comprising nearly 35 million of these.

Twitter has allowed some of the world’s most famous actors, artists and performers to connect directly with millions of their fans. These celebs have taken to the selfie trend just as readily as everyday people, taking the lens into their own hands and deciding how to present themselves to the world. Among the most famous Twitter users, women unquestionably dominate the field when it comes to selfies. Actress and singer Miley Ray Cyrus has posted the most selfies of any Twitter celeb, a remarkable 121 – many more than her runner-up, model and TV host Tyra Banks, who only has 61 selfies. In contrast, the most popular male celeb on Twitter, comedian Russell Brand, has posted a mere 12 self-shots.

However, Instagram tells a very different story. Here, the top celeb selfie poster is Kylie Jenner of “Keeping Up With the Kardashians,” with 451 self-photos – far more than Miley. But she’s challenged for the top spot by runner-up Snoop Dogg, with 271 selfies. Instagram selfies show a much more even spread of men and women: While the top 25 includes Kim Kardashian, Rihanna and Kat Von D, it also includes Justin Bieber, Wiz Khalifa and LeBron James. Overall, Instagram is used for vastly more celeb selfies than Twitter.